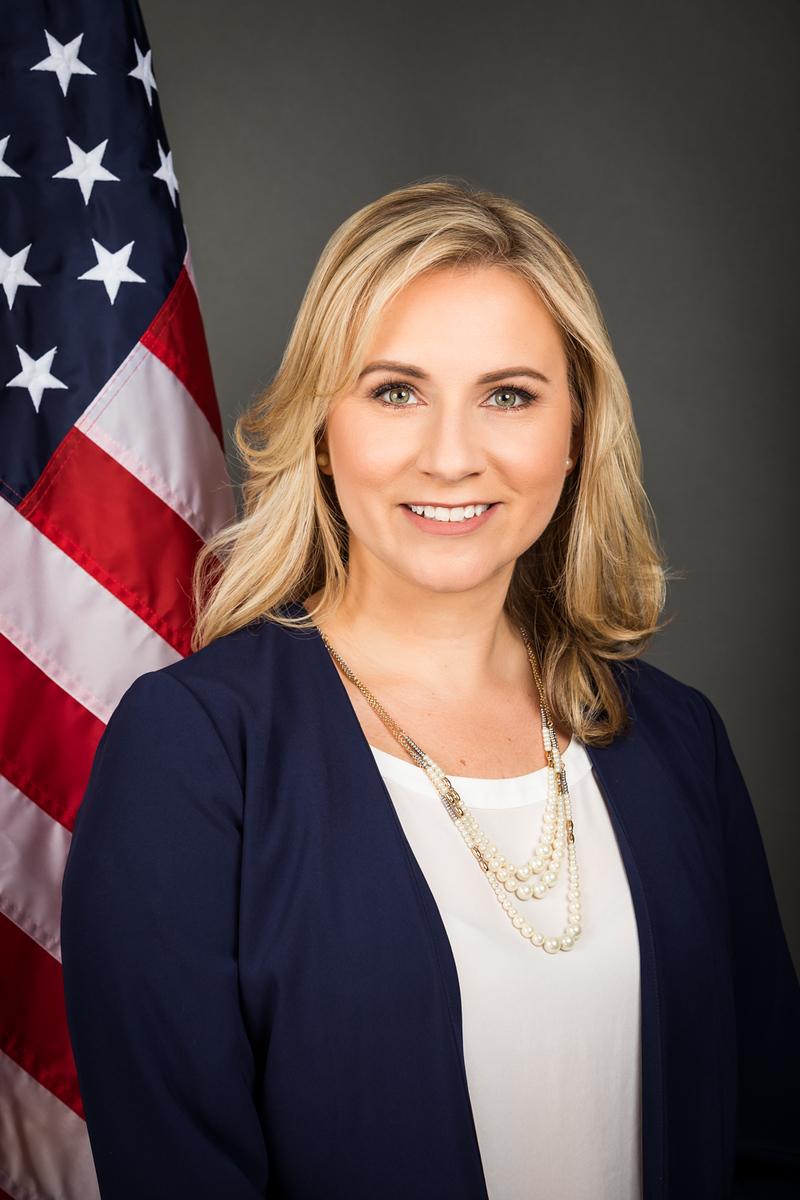 Kelly lives in West Palm Beach’s Old Northwood neighborhood and has called our city home for over 12 years.  Kelly is actively involved in our community serving as a member and volunteer with many local organizations and charities.
Kelly is the former Secretary of the Old Northwood Neighborhood Association, as well as former Board member of the West Palm 100, Palm Beach County Gator Club, Palm Beach Road Runners and has served on committees for the Marathon of the Palm Beaches and Dreyfoos in White.

On the City Commission, Kelly is focused on making West Palm Beach a great place to call home. She is committed to working with our community and first responders to improve public safety, make West Palm Beach an inviting place to work by creating new, high-paying jobs, supporting existing local businesses and identifying solutions to transportation and mobility issues.

Kelly has a degree in Business and Marketing from the University of Pittsburgh and has a Master’s in Business Administration from the University of Florida.  A native of western Pennsylvania growing up in Sarver, a small town north of Pittsburgh, Kelly was excited to leave the snow behind when she moved to West Palm Beach. Kelly is an active lover of the outdoors and avid runner having completed several local and national half marathons. 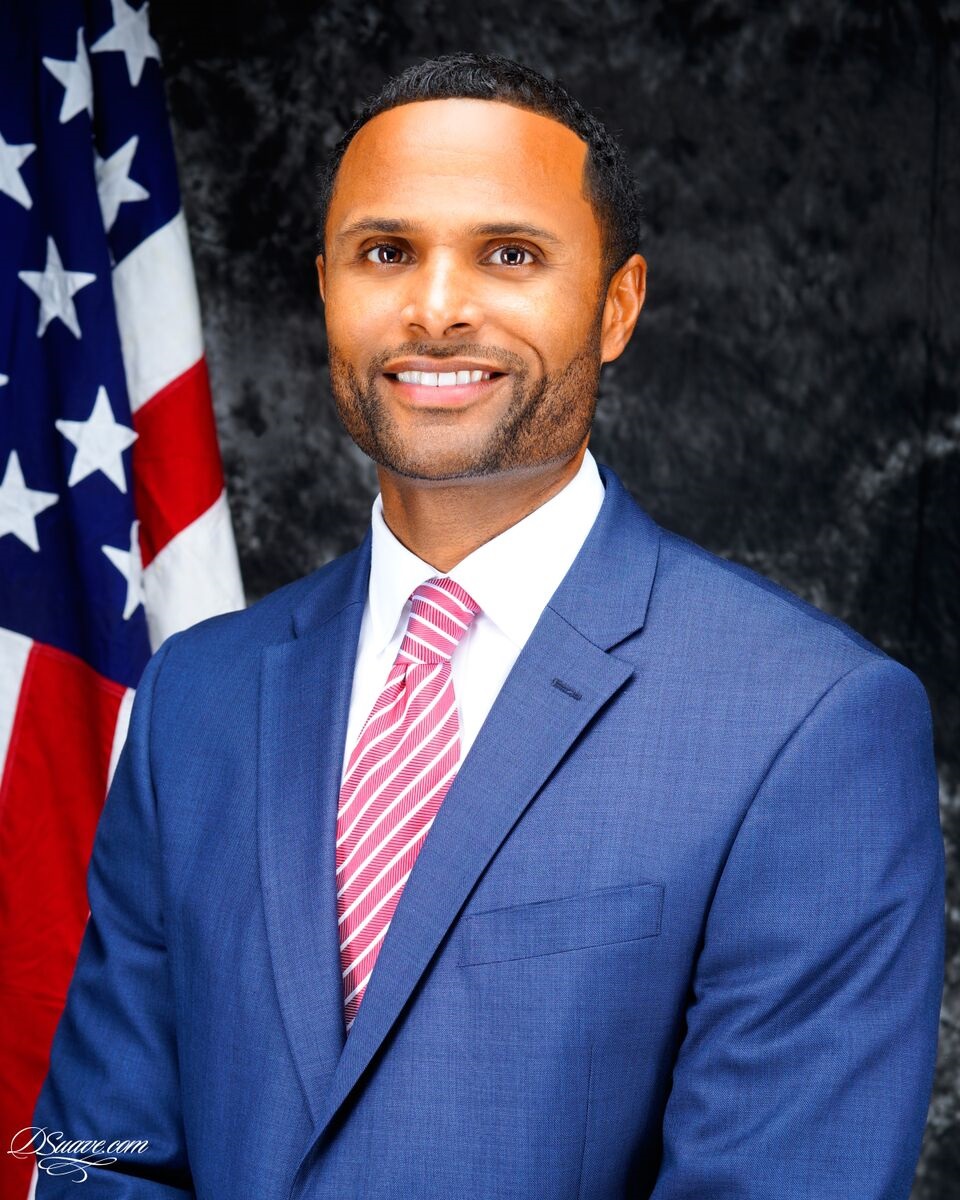 Commissioner Cory Neering is connected to the people he serves and the challenges they face every day.  Cory is a native son of West Palm Beach.  Professionally, he serves as Vice President of External Affairs for Planned Parenthood of South, East and North Florida.
Mr. Neering’s public service does not end with his elective office.  He serves on the Board of Directors for the Health Care District of Palm Beach County, Board Chair for the Healthy Start Coalition of Palm Beach County.  He serves as Commission Liaison for the West Palm Beach Parks and Recreation Advisory Board and the West Palm Beach Housing Authority Board.

Mr. Neering has been recognized with awards such as the Simpson Memorial United Methodist “Man of Character Award,” New Leaders Council Leadership Award and the Delta Sigma Theta Sorority “Men of Excellence Award.”

Mr. Neering holds a B.A. in Sociology and a Masters in Science in Organizational Management and Leadership from Springfield College in Massachusetts.

Commissioner Cory M. Neering was sworn in to office on April 2, 2015.

Cory and his wife LaToya have two children.

Christy Fox was sworn into office as West Palm Beach City Commissioner for District 3, on April 9, 2020. The swearing in ceremony was the first in the City’s history to take place virtually, due to the Coronavirus.

Christy was born and raised in Palm Beach County and attended our local schools. As a native, Christy has a sincere love of West Palm Beach. She has watched its transformation to a world class city and is excited for all the possibilities the future holds.

Christy is an accomplished, dedicated and resourceful marketing and public relations executive with a diverse track record. Her experience includes nearly 10 years committed to sharing the story, and honoring the legacy, of the World War II ‘Monuments Men’ and ensuring that these WWII heroes received the recognition they deserved. Christy served as Executive Vice President for Monuments Men Foundation for the Preservation of Art, a non-profit created in 2007 to complete the mission of the Monuments Men by illuminating the path home for still missing cultural items. She was involved in all aspects of book preparation, from inception to publication, for two New York Times Bestsellers, including The Monuments Men, the basis for the 2014 film starring George Clooney.  Christy also spearheaded a successful effort to award the Congressional Gold Medal, the highest civilian honor given by the United States Congress, to the ‘Monuments Men’.

Christy currently serves as Executive Director of the Palm Beach County Justice Association, a countywide organization dedicated to inspiring excellence in advocacy, and upholding the honor and dignity of the legal profession.

Christy received her Bachelor of Science degree from the Boston University College of Communication. She is involved with many local boards and activities including West Palm 100, a non-profit serving the children and families of West Palm Beach. With the West Palm 100, Christy spends weekends volunteering throughout the community with organizations such as Vita Nova, The Lord’s Place, WPB Police Athletic League, Paint Your Heart Out, Quantum House, Living Hungry, and the Miracle League. In addition, Christy is a member of Connect West Palm Beach, Palm Beach County Cares, and RECAP, a community policing initiative started by the West Palm Beach Police Department with a mission to Rebuild Every Community Around Peace.

Christy’s experience, combined with her passion for her hometown of West Palm Beach, make her a natural leader for our City. For the majority of her career, Christy worked to honor the legacy and service of our veterans and give a voice to those who did not have one. She has spent her career helping people have their voices heard. Now, she is looking forward to using that same passion, drive, and vision and go to work for the residents of West Palm Beach. Christy looks forward to listening to the issues and concerns of all members of the community and working to find solutions.

In her free time, Christy can be found at one of the many downtown coffee shops or restaurants located within walking distance from her Rosemary Square home, or spending time with her eight year-old twin nieces, Izzy and Darcy. 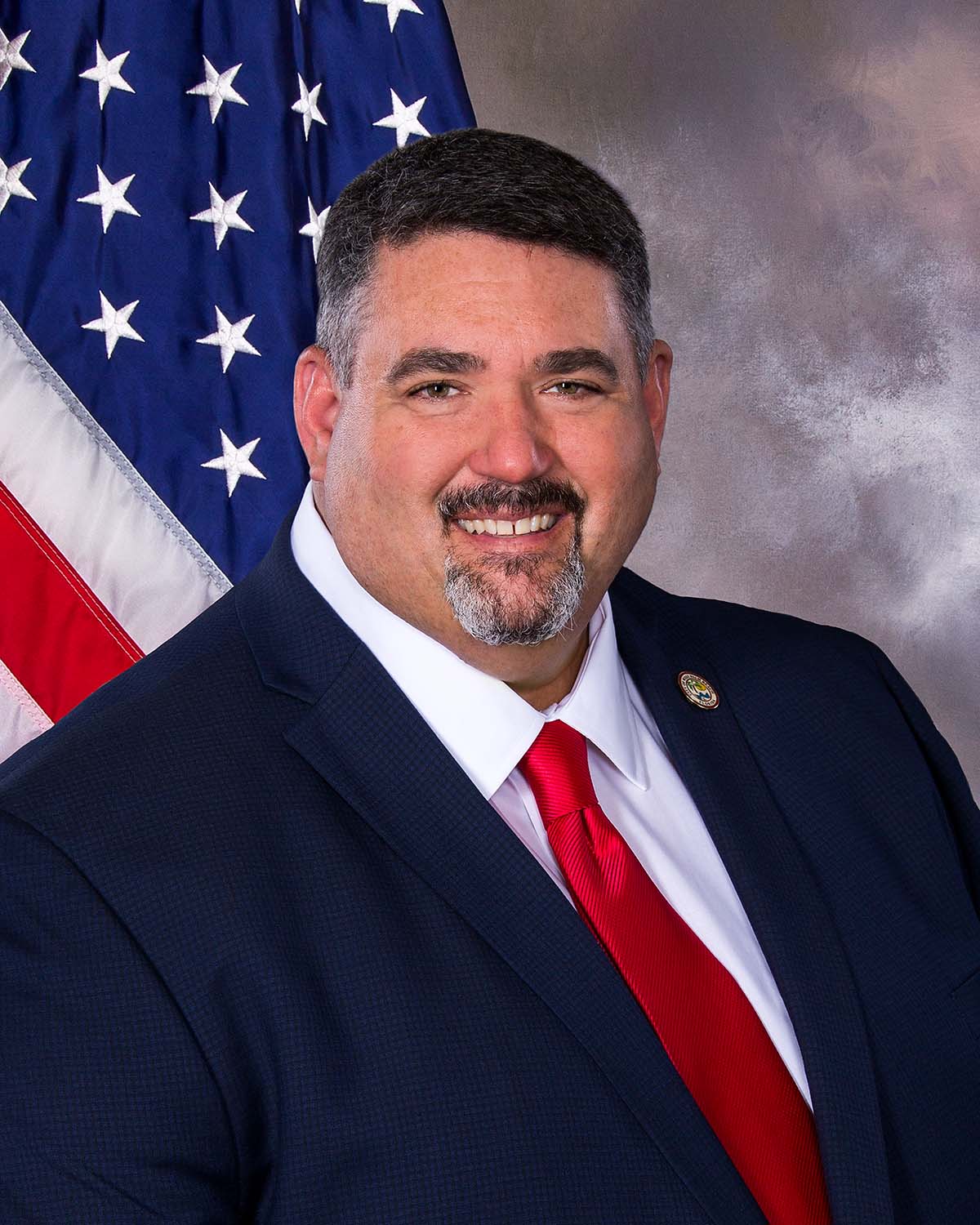 Joseph Peduzzi was sworn into office on April 4, 2019, by the Honorable Sarah Willis, Circuit Judge.

Commissioner Peduzzi’s district, the largest in terms of land mass, includes the beautiful Grassy Waters Everglades Preserve, 23 square miles of pristine wetlands; an ecosystem of native wildlife and the source of fresh water for the City of West Palm Beach and the Towns of Palm Beach and South Palm Beach.

In addition to his commitment to protect our valuable natural resources, Commissioner Peduzzi has demonstrated a life-long commitment to public service.  He cares deeply about the City, and he is moved by the concerns of his constituents.  He has pledged to find solutions to violent crime and homelessness.  He envisions a City where everyone feels safe in every neighborhood.

Commissioner Peduzzi currently serves as the City’s representative to the National League of Cities, the Treasure Coast Regional Planning Council, the Palm Beach Transportation Planning Agency, the Criminal Justice Commission’s Reentry Task Force, and is the Commission Liaison to the City’s Criminal Justice Advisory Committee.  As the District 4 Commissioner, he is also an Honorary Member of the Grassy Waters Conservancy.

Professionally, Commissioner Peduzzi is a personal injury lawyer.  His office is located on Palm Beach Lakes Boulevard, where Joe serves as President of his office condominium association.  Joe has has been awarded the prestigious “AV” Rating from Martindale Hubble, the highest rating possible for legal ability and ethics,  and is Life Member of the Million Dollar Advocates Forum.

In addition to his professional accomplishments, Joe has served on numerous other charitable and civic boards, including Secretary of the Ibis Property Owners Association, President of the North Palm Beach Volunteer Fire Dept., Inc., and as a board member of both an animal rescue and an adolescent substance abuse treatment facility.

Commissioner Peduzzi is particularly proud of his volunteer work in the field of public safety.  For almost 20 years, Joe served the citizens of North Palm Beach as a Volunteer Firefighter/EMT, and a Reserve Police Officer.  A Life Member of his department, Joe was promoted through the ranks of Lieutenant, Captain and ultimately the top volunteer position of Deputy Fire Chief & Chief of Volunteers, prior to retirement from active duty.  Joe has received numerous awards and commendations, including the Award for Outstanding & Devoted Service, and has received both the Firefighter of the Year and Police Officer of the Month awards.

Commissioner Peduzzi graduated from Cardinal Newman High School in West Palm Beach, and received his undergraduate degree in Political Science from Loyola University in New Orleans.  He attended law school at Nova Southeastern University, graduating with a Juris Doctorate, and is currently working towards the Public Leadership Credential, “PLC,” at the Harvard Kennedy School of Government.  He is a member of the Florida Bar, in good standing.

Commissioner Peduzzi lives in Ibis with his wife, Erin, a former teacher and current law student, and his daughters Julia, 9, and Alexa, 6. 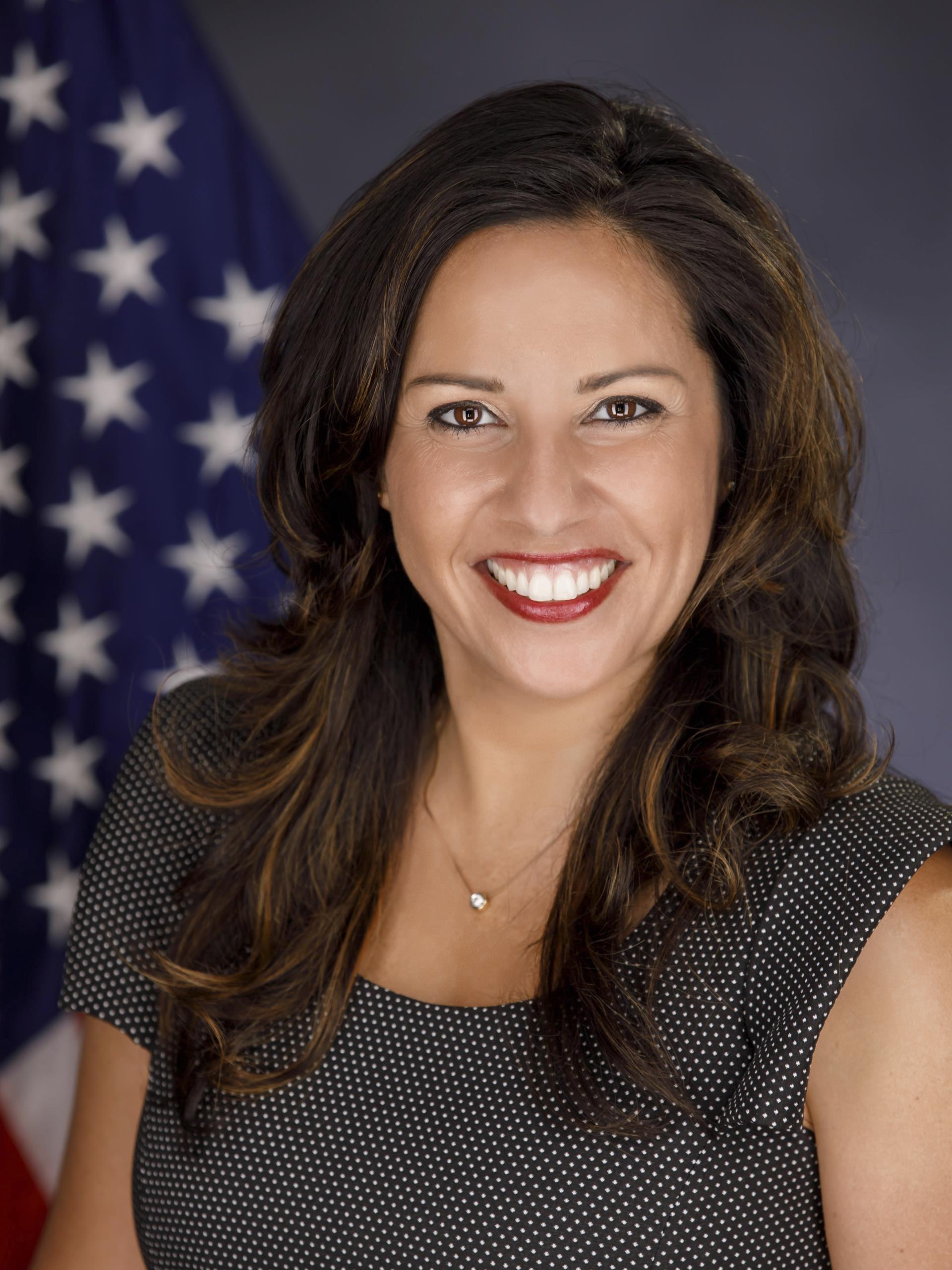 Christina Lambert was sworn into office as West Palm Beach City Commissioner for District 5 on April 5, 2018.  Christina is a longtime community activist who has dedicated most of her life to public service.  A natural problem solver, Christina brings energy and innovative ideas to address local needs.

Christina is a Productivity Strategist where she works with local CEOs and business professionals on improving their corporate businesses practices, including implement better organizational policies, increasing efficiencies and streamlining internal procedures.

Christina is the former President and CEO of the Education Foundation of Palm Beach County. The foundation is the lead philanthropic organization for the PBC School District, the 11th largest school district in the country. Overseeing an annual multi-million-dollar budget, Christina was responsible for day to day operations and the strategic long-term development of the foundation. During her time with the foundation, Christina oversaw an increase in private funding to support local schools and launch new programs that helped teachers and students.

Prior to the Education Foundation, Christina served as Executive Director of Leadership Palm Beach County, the county’s premier leadership program.  Christina brought together leaders from across Palm Beach County to look at local issues, including jobs and economic development, education, homelessness and public safety.

Christina’s background in bridging government and the local community through public-private partnerships has helped her make a positive impact in the lives of the families and communities she has been a part of.

Christina is frequent guest lecturer and speaker at local schools and universities, Chambers of Commerce and media outlets to discuss leadership initiatives and policies.

Christina attended public schools, graduated with a Bachelor of Science in Public Relations and Business with High Honors from the University of Florida and has a Master of Arts in Corporate Communication and Technology from Rollins College.

Christina, her husband Monte, and son Noah live in the southend of West Palm Beach.