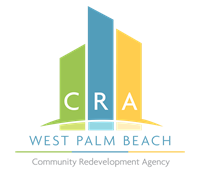 What is a CRA?

A Community Redevelopment Agency (CRA) is a dependent district established by City government for the purpose of carrying out redevelopment activities that include reducing or eliminating blight, improving the economic health of an area, and encouraging public and private investments in a CRA district. The CRA is governed by State Statutes, Chapter 163, Part III. The West Palm Beach Community Redevelopment Agency is funded through Tax Increment Financing (TIF).

To foster and directly assist in the redevelopment of the Community Redevelopment Areas in order to eliminate blight, create a sustainable downtown and encourage economic growth, thus improving the attractiveness and quality of life for the benefit of the CRA Districts and the City of West Palm Beach as a whole.

In 1993, the Northwood/Pleasant City CRA was formed.  As a part of that creation, an advisory board was developed to advise on issues specific to the Northwood/Pleasant City/ Industrial/ Broadway districts of this CRA. Final policy decisions and fiscal approval is conducted by the City Commissioners, sitting as the CRA Board but strong consideration is given to the comments and recommendations of the CRA Advisory Board, also known as the CRAAB.