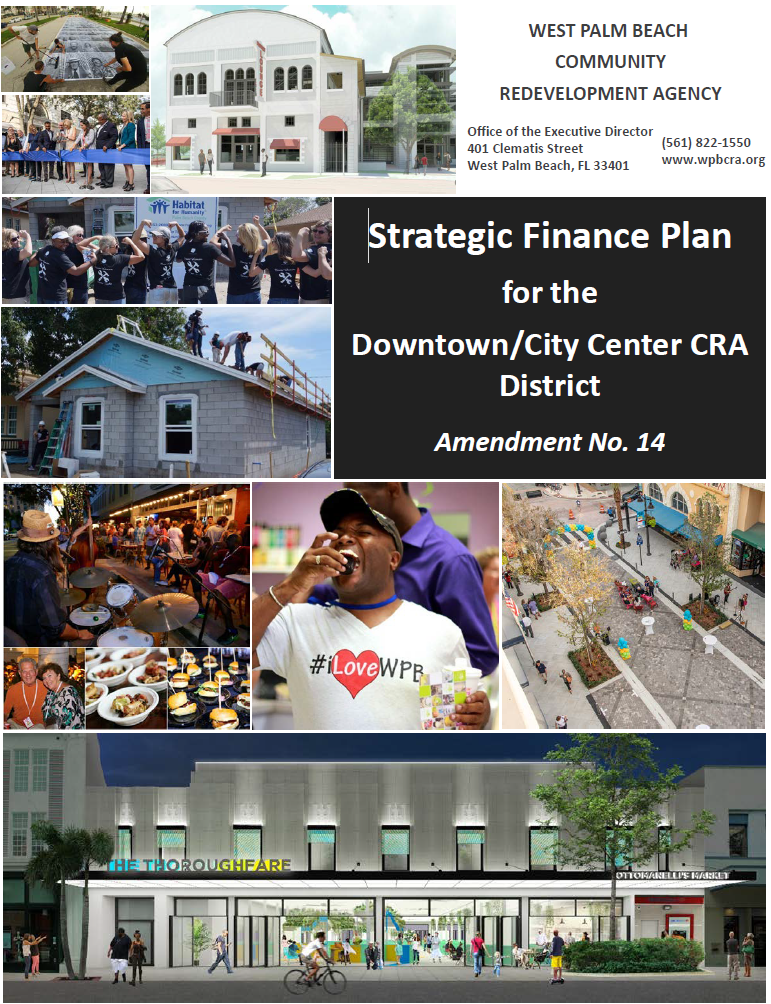 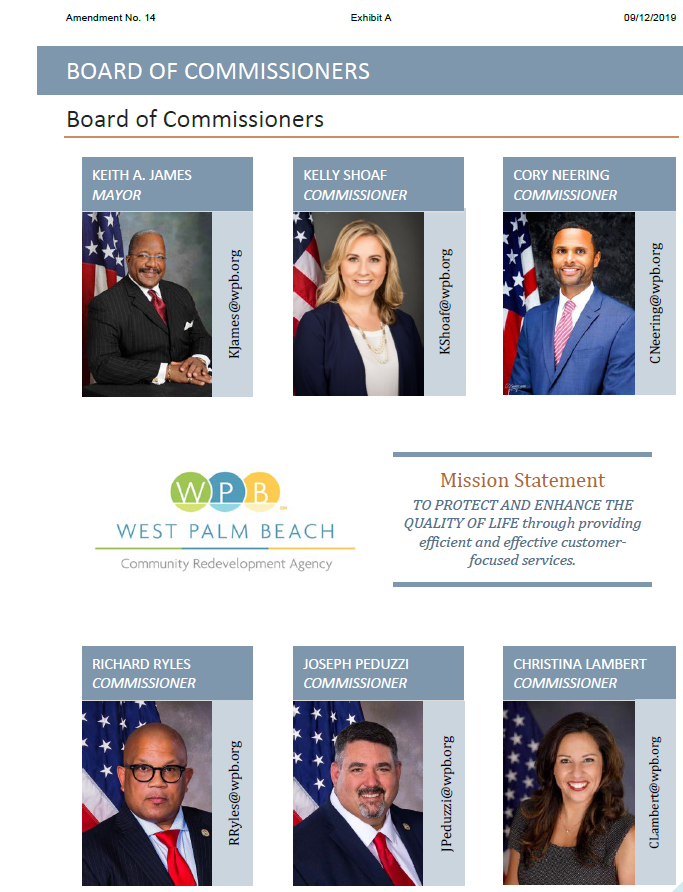 Special Thanks to all participating City Departments

In October 2004, the Community Redevelopment Agency Board (the “CRA” or the “Agency”) determined that a more aggressive approach was needed to effectively address the blighted conditions in the Downtown/City Center District (the “District”). Staff analyzed existing planning documents and held community forums to discuss redevelopment options with the community at large. Leveraging the knowledge received during the research and community input phases, staff created a five-year strategic redevelopment program (“Finance Plan” or the “Plan”) that utilized the CRA’s financial capacity to fund identified redevelopment initiatives. The Downtown/City Center CRA Strategic Finance Plan was adopted on November 7, 2005 and is updated annually as redevelopment progresses.

The Finance Plan is an aggressive yet fiscally conservative strategy to implement redevelopment initiatives. Based on the financial planning set forth in the Finance Plan, the CRA approved $110 million (including estimated premium) in Series 2019 Bonds to fund redevelopment projects ($78 million), refund existing bonds ($25 million) at a lower interest rate, and fund a debt service reserve ($7 million). The District is now positioned to undertake major redevelopment activity to positively affect residents, business owners, and stakeholder for years to come.

Formal approval of the Finance Plan solidifies the redevelopment approach for many years. The result is an increase in private sector investment because the development community, residents, lenders and all others involved in redevelopment see that a solid financial commitment has been made by the elected officials presiding over the redevelopment area.

Note: It is imperative that the redevelopment approach remain focused and consistent. All resources, including staff resources and funding must be committed for a long enough period to show results. While the desire may arise to identify and tackle other areas and issues within the District, wavering from the planned approach will only dilute any effort put into the redevelopment program. The Finance Plan must remain flexible to be able to respond to the ever-changing conditions in the marketplace. 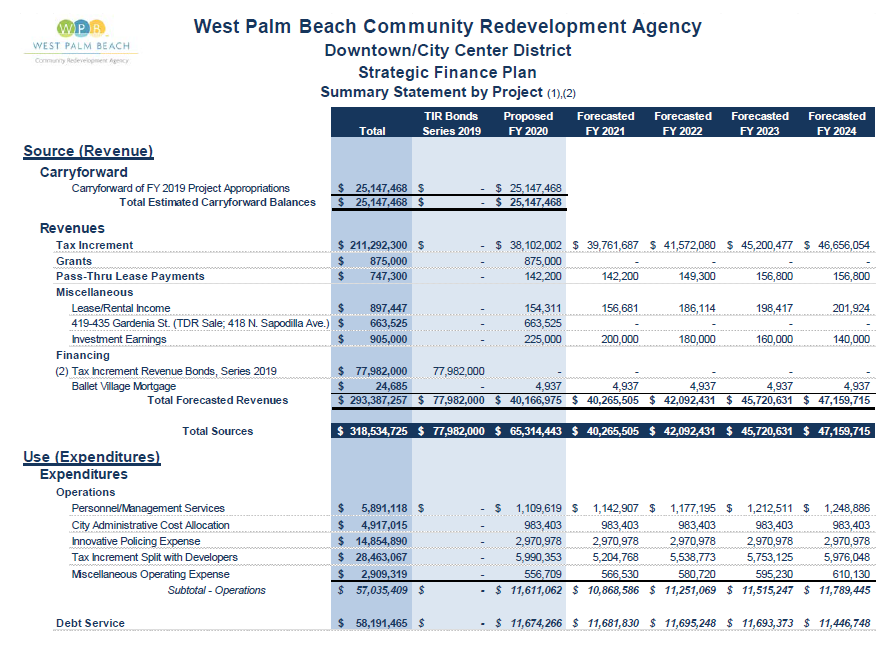 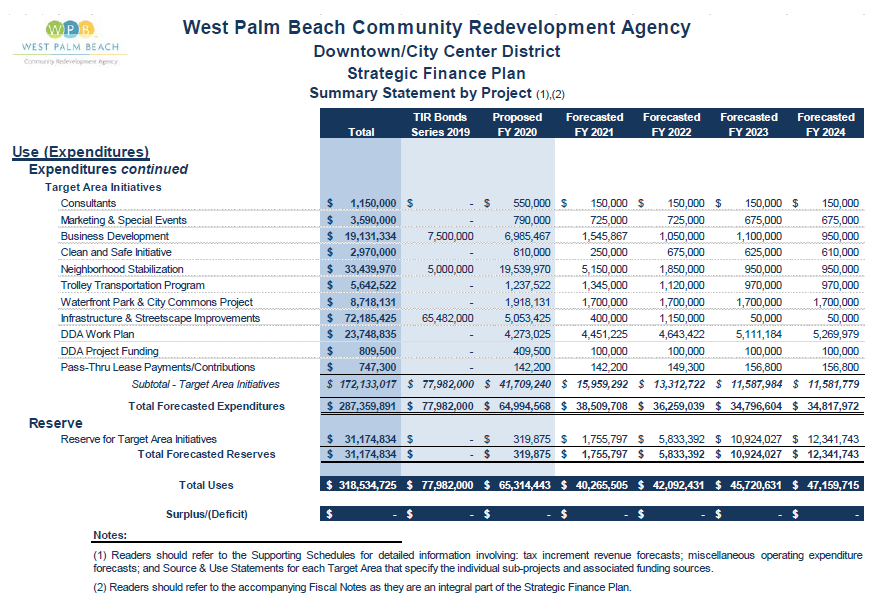 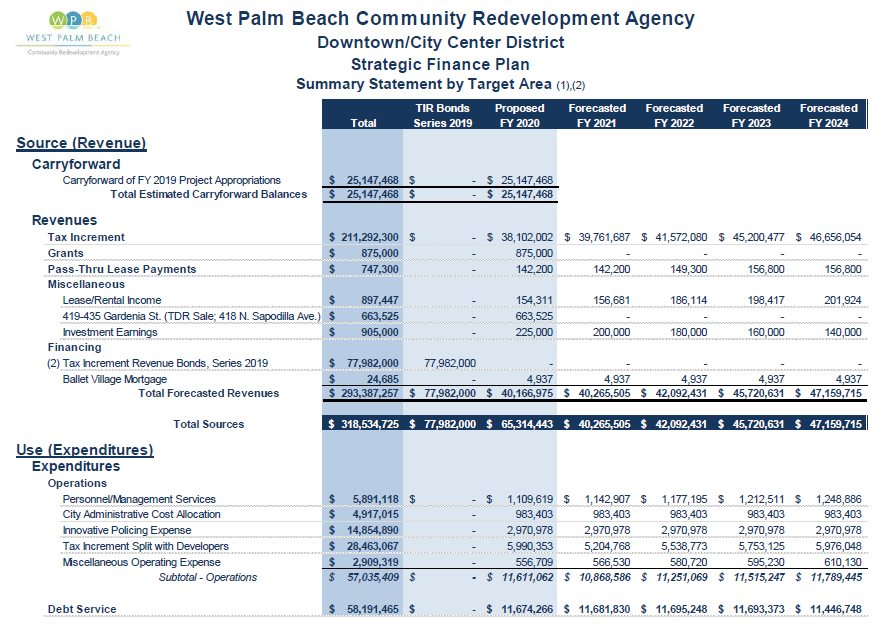 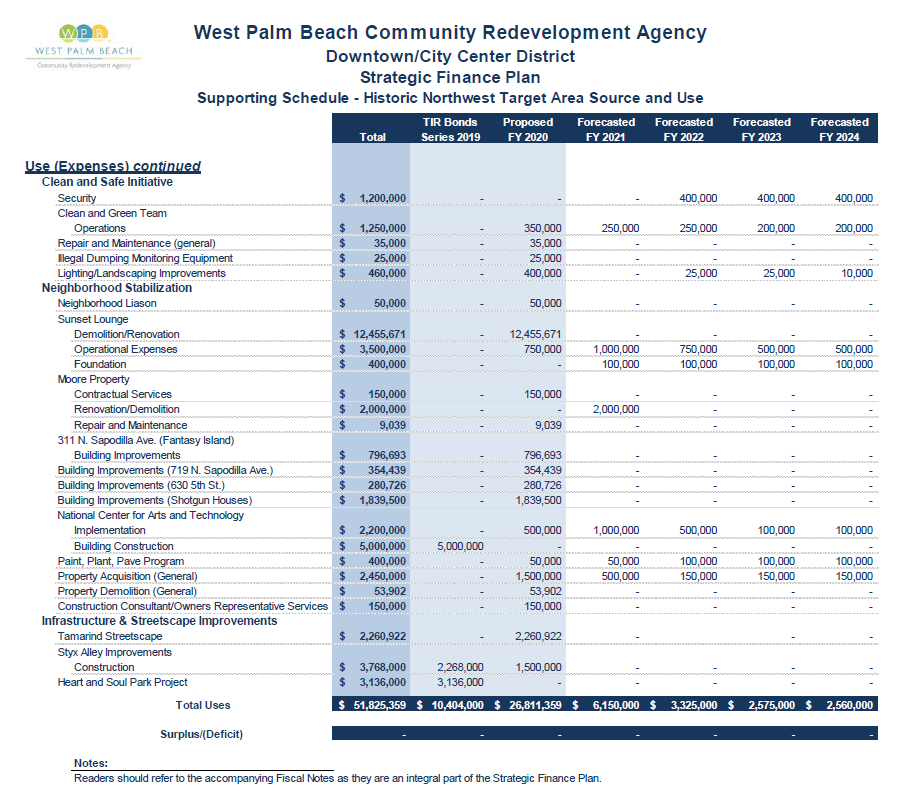 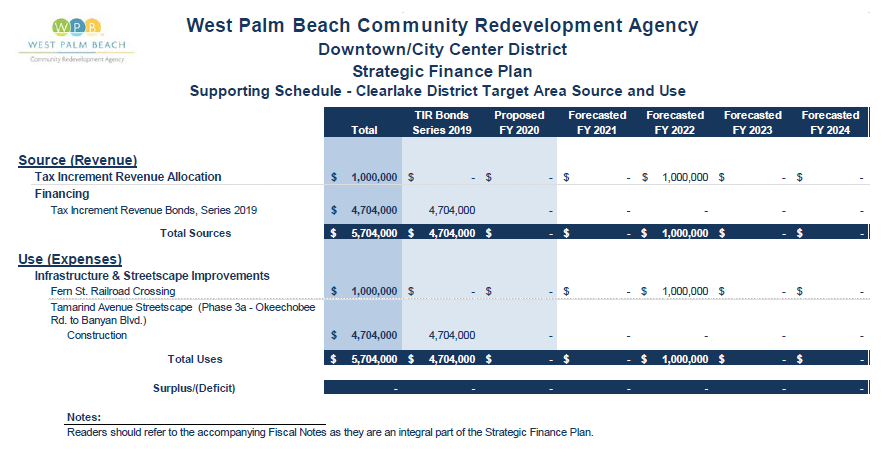 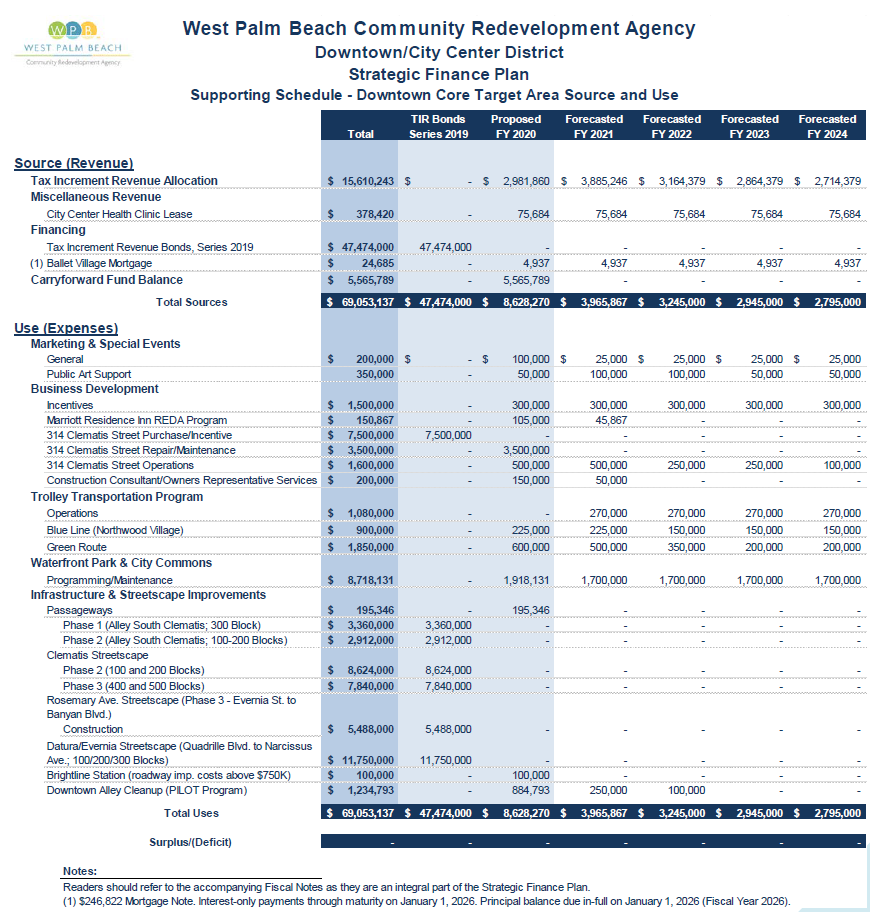